Angel of Hearts Weddings offers unique and comprehensive assistance to the discerning bride in planning her wedding, with a full range of services tailored to her needs. Making magic is my passion.

Angel of Hearts Weddings--Watching Over Your Big Day!
Here is a place to share all things wedding! Please share your ideas with me.

BEING AN AMSALE GIRL 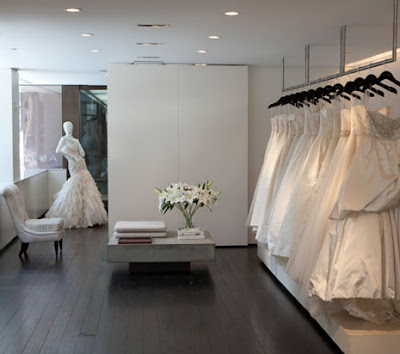 Amsale Girls!
This is one bridal show that I adore! Every Sunday night at 10PM, I settle in to see Debbye and the ladies who sell these incredible gowns on Madison Avenue in New York. I love the way they all work together. I love the way they support and encourage one another and I LOVE the humanity and the sweet nature of Amsale- the genius behind this salon and these spectacular dresses.

Another thing that makes watching this show so much fun is that you can Tweet with the girls and with other fans while the show is on. Commenting on the show, finding out what is going to happen next and asking questions make the show interactive and really interesting. My favorite consultant on the show is Emily. She is a fabulous personality and she really has the perfect approach- and the most amazing patience!! As someone who spent a long time in the sale of wedding dresses, I can relate to her and I respect and admire her professional demeanor. Here is more about Emily from the people behind the scenes. 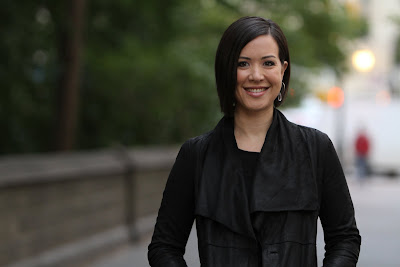 Emily grew up in Chicago, Illinois and although she has adopted New York City as her new home, she’s never quite been able to leave her Midwestern roots behind. Never the kind of girl to dream about her wedding day and the big white dress, Emily instead dreamed of working in fashion. The first dress she made was when she was 9 years old out of one of her mother’s old pillowcases. Following her passion, she left Chicago and headed to Savannah College of Art and Design to study Fashion Design.

After graduation she decided to move to New York City. She rented an apartment sight unseen from an ad in the paper, packed two suitcases and hopped on a flight to Manhattan with no job and no idea what she was going to do. After an internship with a couture eveningwear designer, a job offer came in from the last sector of the fashion industry she would expect – the bridal industry. Intrigued at the prospect, Emily took the job and dove head first into the petticoats. A short six months later she got another call, from Amsale. Emily signed on as the Fittings Manager at the Amsale Flagship Salon.

Over the next eight years she made a home at Amsale. She moved over to the Corporate Office and into the role of Account Executive for the Amsale collection. The position required extensive travel and long hours and in 2007 Emily found herself wanting to settle down. Not wanting to leave the company where she “grew up” she elected to move back to the Flagship Salon on Madison Avenue where she started her journey five years before, only this time in the role of Sales Consultant. Her move paid off both professionally and personally. She found she absolutely loved working with brides at the Flagship Salon and not traveling so much allowed her to meet her future husband! One of the most meaningful moments in her career was getting to walk down the aisle in an Amsale gown.

Emily loves her job but not just because of the pretty white dresses. Her real passion comes from the people she works with and the people she meets. Her co-workers have become her family. Each new bride is an opportunity for Emily to meet someone new and she loves getting to know their stories. 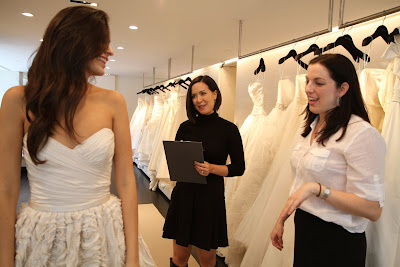 So, tune in tonight and see why this is such a great show to watch! And, read more about Amsale and her gowns in my latest post on Bridal Affairs! Enjoy the show!
Posted by Bridal Affairs at 7:18 PM

xo, chrissy from the perfect palette

I loved seeing the Amsale, Christos, and Kenneth Poole runway shows. Amsale is such an incredible designer! xo style, she wrote

I've been watching this show amid a clouds of tulle while making gowns for clients. The business side of this industry is complex as you know from watching the show. Neverthe less I never tire watching the NYC fashion stars and merchants do their thing . . . 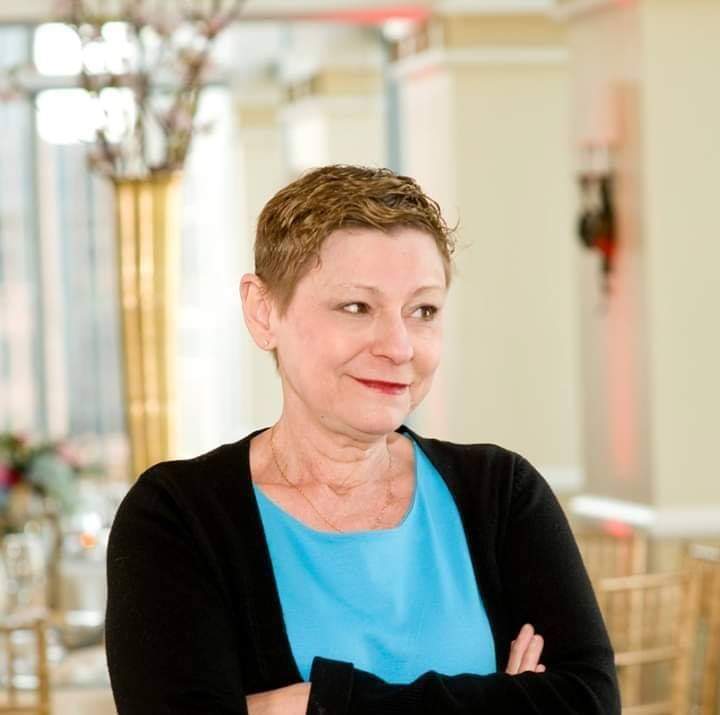 I hope you find beauty and honest, relevant information here. My passion for what I do overflows on these pages. Enjoy!

View My Profile on LinkedIn